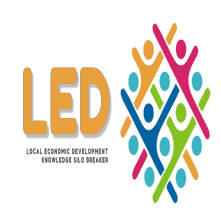 Technology for Social Good in India

From using drones to plan water supply schemes in hard-to-reach locations, to deploying satellite imagery for enhancing land usage, or using mobile phones to track children’s health, technology is changing the way we live. The World Bank is supporting several interventions where new-age technology is being used for social good, giving a new tool to policymakers to improve governance and the quality of our lives

Digital applications are helping farmers in Bihar and Madhya Pradesh make faster and better decisions on crop planning based on weather conditions, soil and other indicators

This $12.67-million  Sustainable Livelihoods and Adaptation to Climate Change project that started in 2015 has so far empowered more than 8,000 farmers to adopt climate resilient practices.

Satellite images taken from a height of 900 km in Karnataka capture crucial data like land use as well as land cover, groundwater prospects, and soil characteristics. When this data is fused with rainfall patterns and literacy rates, it helps experts and communities to prioritize action plans such as those for soil and water conservation

The Karnataka Watershed Development Project, known locally as Sujala, covered over half a million hectares of land in seven predominantly rain-fed districts in Karnataka between 2001 and 2009 and was the first to deploy the use of satellite remote sensing and GIS mapping effectively over a large area.

Shimla city in Himachal Pradesh gets water once every two days for a few hours, while bulk water is pumped over 1,400 meters, creating a high cost of service

To tackle this, drones have been used to click high resolution images in high altitudes and challenging topography in World Bank’s Shimla Water Supply and Sewerage Service Delivery Reform Project. This, along with GIS technologies, has helped the state government prepare a 24x7 water supply model for the city that addresses issues such as pressure management, transmission and distribution networks, and identifying illegal connections.

"When the [app] shows temperatures of 35-40 degree Centigrade, farmers will wait for cooler temperatures before transplanting paddy mat nurseries into the field. Otherwise, there is a fear of losing crops in high temperatures." 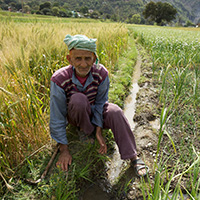 a climate smart village resource professional in the Barachatti block of Gaya district in Bihar, India 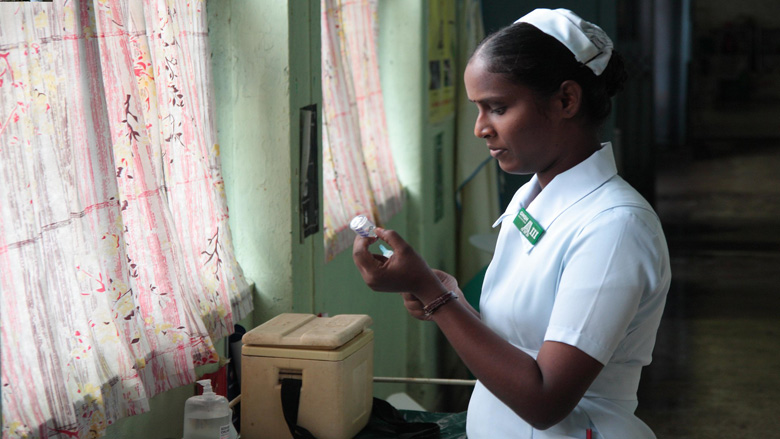 All across India approximately 150,000 Anganwadi workers are using smartphones to track growth and nutrition in children. Photos of the hot lunch served to the children at health and nutrition centers, for example, can now easily be shared with block, district and state-level officials.

“It’s easier to work with mobiles than registers,” confessed an Anganwadi worker in Madhya Pradesh.

The World Bank has so far invested about $306 million in nutrition through the ICDS Systems Strengthening and Nutrition Improvement Project.

In Chhattisgarh, a mobile based application called Nutri-Click provides real time, need-based, one-on-one counseling on appropriate nutrition and care practices to pregnant women and caregivers and mothers of young children and their family members. The program has so far helped over 4000 pregnant and lactating women

Doctors in 36 public hospitals in Tamil Nadu can now access, collect and analyze critical health data for quick and timely interventions with the click of a button. The system also helps with retrieval of manual records as well as maintenance and management of medical equipment, making the entire process transparent and convenient.

The $110.3 million Tamil Nadu Health Systems Project was active in five Tamil Nadu districts. A second phase will now aim to cover another 222 hospitals across the remaining 25 state districts. 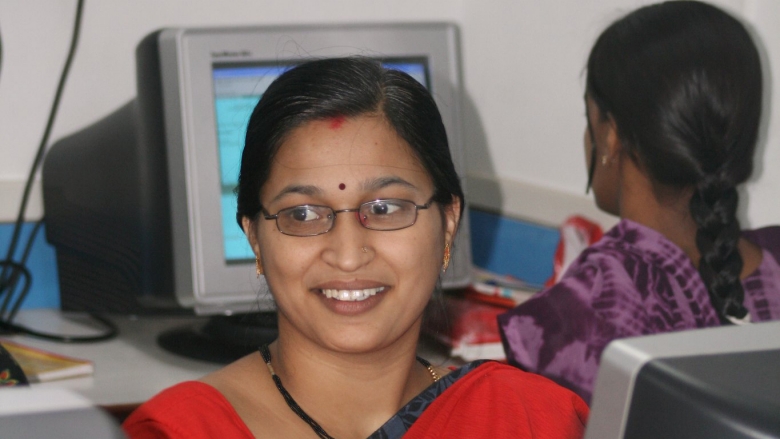 In 164 municipalities in Karnataka, property owners are now able to calculate their property taxes online; 10 million birth and death records are now online and searchable; and over 390,000 citizen complaints were lodged over 10 months—98 percent of which were redressed.

Through the Karnataka Municipal Reforms Project, municipal revenues have increased while interface between citizens and local administrations has vastly improved.

The portal provides detailed records from more than 13,000 public and private ITIs across the country, including data related to courses offered, admissions, examinations, placements, etc.