Blog » From Policy to Practice: Translating Gender Goals into Forest Action in Mexico

From Policy to Practice: Translating Gender Goals into Forest Action in Mexico

Women the world over face many barriers in accessing and participating in decision-making on forest resources.

The CIF Gender Program spoke with Berenice Toro, Director of Financing at CONAFOR, about Mexico's experience. 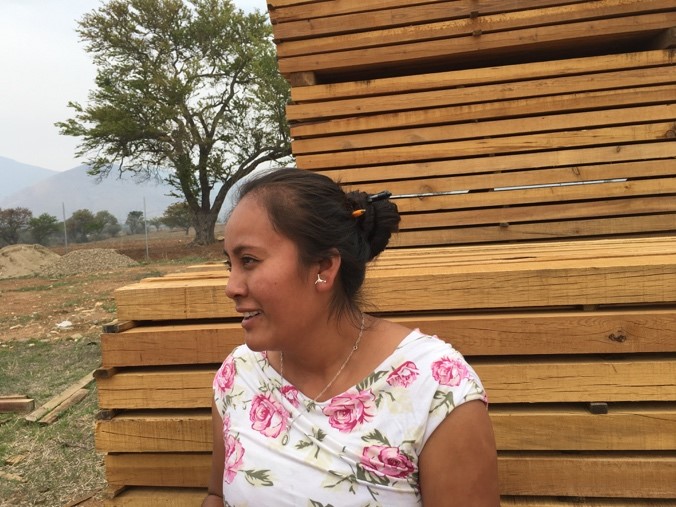 Women the world over face many barriers in accessing and participating in decision-making on forest resources. The CIF Gender Program spoke with Berenice Hernández Toro, Director of Financing at Mexico’s National Forest Agency, CONAFOR, about the experience of Mexico in this regard, following a recent presentation at the Mexican Embassy in Washington DC on the Forest Investment Program (FIP) Mexico experience detailed in a new forest case study prepared under the Climate Investment Funds.

Berenice says that in Mexico, “One of the main gender barriers is that women are not the owners of forest resources, [rather] the majority of these resources are property controlled by men”. Such land tenure issues complicate women’s participation in forest decision-making though they may have access rights to non-timber forest resources and their utilization. Further, forest policies in Mexico often focus on timber production alone, where women have traditionally been less active, further complicating women’s participation in governance of the sector.

Mexico’s Investment Plan under the FIP, implemented with the support of the World Bank and the Inter-American Development Bank, has had success in improving women’s situation in the forest sector. Mexico’s FIP Investment Plan was approved in 2011 to improve institutional and local capacity in forest management for reduced deforestation and forest degradation, and to promote sustainable rural development. The Investment Plan required that all of its projects address gender issues throughout the implementation process. This requirement, and the Investment Plan’s overall alignment with the social inclusion goals of the National Development Plan 2013-18, have been essential to promoting gender equality in projects supported by the FIP.

FIP projects have addressed gender barriers by working directly with women foresters and women forest producers by exchanging experiences, providing training and conducting research. The FIP program in Mexico has had a role in improving women’s role in formal decision-making bodies and ejido forest governance by advancing forest policies that consider non-timber forest production; promoting land rights of rural women; and expanding skills in forest production. As a result, women’s economic and social position has improved. In Oaxaca, FIP funding has allowed the Community Forest Enterprise (CFE) Dimensionados Oro Verde to increase mechanization, while supporting training for women in the forest production process. This resulted in a tripling of direct employment for women in the sawmill. Similarly, in the Durango CFE Pino Real Forest Corporation, one-quarter of the 80 jobs generated by the project have gone to women, including the Director’s position.

“Thanks to the development of financing mechanisms, community forest enterprises have been able to modernize their [production] processes. By modernizing the sawmills and providing technical assistance for women’s training, women now can participate in the process [by] working at the sawmills. This has been very good. The mechanization of the process, and the economic benefits [derived], have led to women taking part in…jobs that used to be exclusively for men.” Berenice Hernandez Toro, Director of Financing, CONAFOR and FIP Focal Point for Mexico

CONAFOR has translated national policy aims on gender equality into a practical and fully integrated institutional approach at all levels of forest agency and community activities. It has incorporated gender budgeting in its planning guidelines and capacity-building, and developed a gender network throughout state offices to organize forums on gender issues and coordinate with institutions at the local level to expand outreach by forest officers to women forest users. [1] Berenice highlighted also CONAFOR’s efforts to prioritize productive projects requested by women, such as in non-timber forest product development, or the use of forest resources for handicrafts, by using affirmative selection criteria for grants to viable projects developed by or with women. CONAFOR highlights that effective gender mainstreaming is difficult without capacity-building and awareness-raising on the issues involved, and the support of a strong legal framework for intervention, combined with political will and inter-institutional joint action but that with these, meaningful action can be taken for the benefit of all forest users, both women and men.