Blog » Interesting piece re: relationship of enviro-sustainability to economic sustainability: as with corporations, so with their cities ?

Interesting piece re: relationship of enviro-sustainability to economic sustainability: as with corporations, so with their cities ? 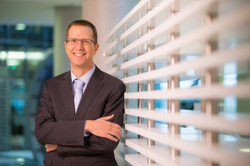 When companies manage their business sustainably, not only the environment, the society and its employees benefit. Their performance in the capital markets is a winner too, and this observation is not just wishful thinking on the part of eco-activists or social interest groups. It is based on an evaluation of over 200 studiespublished in September 2014 by London, UK, asset manager Arabesque and the University of Oxford. Eighty percent of the studies evaluated demonstrated that systematic sustainability management exercises a positive influence on share prices. So potential investors would be well advised to take environmental, social and governance (ESG) criteria into consideration when making investment decisions. The British metastudy has good news for companies too. Ninety per cent of the studies prove that sustainably managed companies can raise capital at significantly lower cost.

This, then, is a real win-win situation. Against this backdrop it is hardly surprising that the market for sustainable capital investments is growing strongly. Stock market professionals refer to them as socially responsible investments, or SRIs. For 2014 Nasdaq OMX estimates the volume of professionally managed SRI funds at nearly USD 1.9 trillion around the world, corresponding to 10.3 percent of the entire capital market. Depending on your viewpoint that may not be an enormous share, but a comparison with 2010 shows how dynamically the SRI segment is growing. In 2010 its share of the capital market was still 5.9 percent. So within a mere four years the share of sustainable investments has increased by three quarters.

In Europe they are traded mainly in London and Paris, with Benelux, Switzerland and Scandinavia hard on their heels. By comparison, German investors still have ground to make good. In Germany, sustainable investment accounts for less than five percent of the capital market, yet here too the trend is toward growth. That is shown by, for example, the market development of sustainable mutual funds. According to the latest figures from the Sustainable Business Institute, the number of approved funds in the Germany, Austria, and Switzerland (DACH) region has increased from 301 to 383 within five years.

But how can investors tell whether and to what extent a listed company manages its business sustainably? The effort and expense of working their way through the ESG criteria of all potential investment candidates is something that even major institutional investors can afford to only a limited degree. So a large number of rating providers have taken to looking into the matter in order to create the requisite transparency. These analysts earn their money mainly by means of assessments that they share with an exclusive group of investors. They also bundle their expertise in a number of publicly accessible indices by which they rate the sustainability of important listed companies and make them comparable with one another.

The Dow Jones Sustainability World Indices (DJSI) probably command the largest share of global attention. Since 1999 this family of indices has provided benchmarks that not only reflect a company’s social and environmental footprint but also keep an eye on its economic performance. The DJSI indices thereby adopt the integrated reporting perspective, linking all the dimensions of sustainability meaningfully. A similarly wide-ranging analytical approach is taken by the STOXX Sustainability Indices, which have made a name for themselves in rating leading European companies.

In addition to the broadband analysts there is a large number of rating agencies that focus on more specific sustainability issues. There is, for example, the FTSE4Good Index Series, which assesses companies mainly on the basis of the extent to which they observe human rights. FTSE4Good has developed a special expertise in issues relating to the observance of internationally recognized labor standards. Given how highly charged this issue is, findings of this kind are well suited for assessing key business risks in, say, textiles and, for example, reliable assessments of the extent to which it involves child labor. On such issues mainstream investors are starting to show interest in sustainability index ratings.

There is, indeed, a recognizable trend toward investors of all kinds paying increasing attention to non-financial indicators as a guide to a more realistic assessment of a listed company’s development. Increasing attention is paid to indicators such as customer satisfaction or employee engagement, and there is good reason for this increase in investor interest. Both of these parameters are highly indicative of a company’s future business success and its potential market valuation.

In order not to compare apples with oranges, the raters weight their criteria by the sectors in which the companies in question do business. The DJSI, for example, has defined a software and services sector. In this sector data protection or handling electrical and electronic waste have a much greater influence on the rating than, say, health and safety in the workplace. They in turn are much more significant when it comes to assessing mining companies.

A company that has been awarded a good ranking is well advised not to rest on its laurels for too long. In view of the further increase in social and environmental risks the rating agencies are raising their yardsticks year by year and at the same time including additional ESG criteria in their indices. Arguably the best known example of this trend is the former Carbon Disclosure Project, which not for nothing is now known solely by its abbreviation CDP. Since its launch in 2003 CDP had become the most important source of information on carbon dioxide emissions, but in 2010 they were joined by forest and water conservation.

One of the latest additions to criteria catalogs is taxation. Raters like the DJSI and FTSE4Good increasingly want to know more about how listed companies abide by their fiscal obligations. In this way the indices provide a yardstick that is a step ahead of the societal and political debate. That is very much to the investors’ liking. They always want to be among the first to receive reliable information on developments that are of relevance for stock prices.