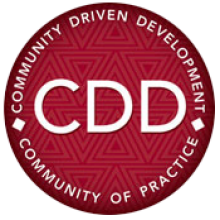 This month, we’re speaking with Naila Ahmed, Senior Social Development Specialist and TTL of Afghanistan’s National Solidarity Program (NSP). Started in 2003, NSP is the Government of Afghanistan’s flagship program for rural development, mobilizing almost $2.5 billion in donor and government funding. NSP and its facilitating partners have worked through community-elected Community Development Councils (CDCs) to identify and implement some 90,000 small-scale reconstruction and development activities in the areas of water supply and sanitation, rural roads, irrigation, power, health, and education, as well as generate over 65 million paid-for-labor days for skilled and unskilled laborers.

How did you get started with CDD?

My career started in international business, which took me to Singapore and Hong Kong, before I decided to transition to international development. After completing my masters at Syracuse University in upstate New York, I joined the Bank as a consultant in the CDD anchor, which was then coupled with CBR— community-based reconstruction—in fragile and conflict-affected areas. I worked on analysis and operations with a focus on CDD, disasters, and livelihoods, including on the Pakistan earthquake reconstruction and rural livelihood programs in India.

Four years ago, I was recruited by the World Bank’s Afghanistan office, where I’ve been based until last year. I continue to support Afghanistan and the government there by task managing NSP, one of the largest CDD programs in the world, from Dubai due to the changing security situation.

What are some of the challenges of implementing a CDD program in Afghanistan and how have you managed them?

One challenge is the sheer variability. NSP is a national program, operating in more than 40,000 villages across Afghanistan. NSP can work in many ways across villages, each with unique scenarios and problems. To manage this, we’re always searching for solutions that go beyond just solving isolated issues. NSP’s CDD nature also encourages communities to seek their own solutions.

Monitoring and supervision is also challenging. Monitoring goes beyond just going out and checking to see if infrastructure’s been built; we need visibility on how discussions, procurements, monetary flows, and construction are happening in these different villages. Fortunately, NSP has built up strong financial management agents and systems over the past 12 years and the program works with a dependable implementing agency that partners with many stakeholders. Because we have a robust feedback mechanism and have many eyes on the ground from stakeholders, issues are quickly brought to our attention.

Besides managing implementation, we operate across a range of functions, such as communicating, piloting projects, innovating, and conducting analytical work. For example, the Afghanistan Reconstruction Trust Fund has 34 donors, each with their own reporting needs. And we have to work through these issues with a very lean team compared to other donors and national programs.

Still, working with a small team has its advantages. Everyone is aware of what’s going on with other parts of the program. We have a strong mix of international and local staff who have worked on NSP for a long time and are passionate about the program. They understand the program, people, and context. Decisions, when they need to be made, are quick and well-informed.

A recent New York Times article notes that the NSP “has been credited as a rare success in an otherwise gloomy Afghan development sector marred by waste.”  Why has NSP done well compared to its peers?

NSP has solid institutional mechanisms built up over several years. First, NSP’s CDCs are based on traditional systems like shuras—or local councils, so while CDCs also include outside ideas like elections, local communities have adopted NSP more readily. Second, the CDD mechanism means that money disbursed through NSP goes directly to community bank accounts, reducing diversion of funds. Finally, NSP partners with non-governmental organizations who are long-time service providers and are trusted by local communities, allowing NSP to work in insecure areas where no other program or the government can go.

Now, donors and the government look to NSP to respond quickly to different needs because the program already works in almost every village and has robust systems. For example, the Afghanistan government created a “Jobs for Peace” program through NSP last year. Jobs are scarce, especially in rural areas where 70 percent of the population is, and have been dwindling following the drawdown of Provincial Reconstruction Teams. This program aims to quickly generate short-term employment for locals while building legitimacy for the government. It focuses on maintenance of essential rural infrastructure such as irrigation and roads, which helps improve agricultural productivity and access to markets. Donors also see “Jobs for Peace” as a way to stem the flow of refugees leaving Afghanistan.

As another example, we were approached by the government on how NSP could help respond to anticipated floods and droughts. So NSP has come a long way from its origins—as a way to disburse infrastructure grants—to a program that builds sustainable and representative institutions in communities and leads on good governance and basic service delivery across the country.

NSP’s strong capacity builds a great reputation that helps sustain it. NSP is a household name in Afghanistan: people understand NSP and its principles, and the program has a very visible, positive impact. So NSP attracts many talented, hard-working staff from the World Bank and Afghanistan government. If you look at NSP’s early days, it was all foreigners; today, the program fields only three international staff as advisors and is run and managed by well-educated, dedicated Afghans. 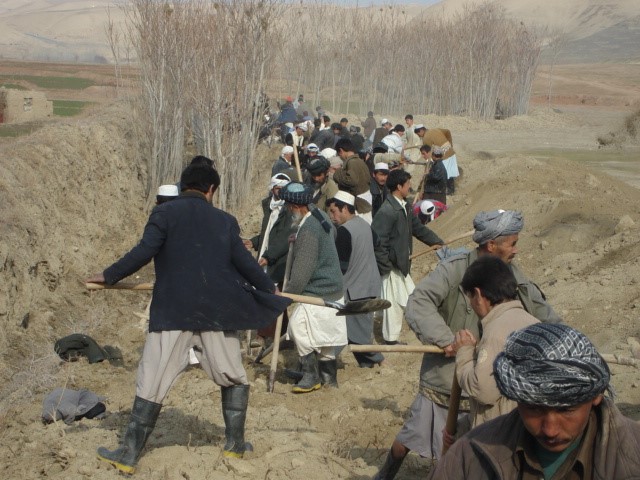 What are some of the lessons that you’ve learned at NSP that are applicable to other CDD programs?

With more than a decade of implementation, NSP is a trailblazer for other national CDD programs, demonstrating how World Bank systems can be applied in fragile and conflict-affected situations.

First, flexibility is key. When NSP first started, the program worked through the existing halawa system—an informal network of money brokers—to channel millions of dollars since there were no banks in the country. While necessary, this was a major departure from the standardized way that the Bank channels funds. Having flexibility to work through local structures was critical in building up the NSP early on.

Second, strong legal and fiduciary teams are crucial and should be empowered to take risks. Our teams must constantly explore ways to operate in places where good governance is rare. The right people manage risks while maintaining service delivery even if there are isolated incidents of theft or failure—not uncommon in an environment like Afghanistan—when the program overall is doing good work.

Third, get your country management team’s support. Our Bank team is very supportive, advocating for us in headquarters and backing us on difficult decisions, which is especially important for a large, challenging program like NSP. Bank management have also demonstrated their commitment to NSP over the past 12 years by ensuring that strong TTLs and task teams are in place to keep the program going.

Fourth, build capacity while delivering services. Looking back, NSP should have seized the opportunity to integrate better with government structures as they developed at the central level. Donors often get fatigued from supporting extended programs, so building government ownership and capacity to continue the program is the key to sustainability.

Finally, having a dedicated team who stay on top of everything is especially important for fragile and conflict-affected countries like Afghanistan. The situation and political actors on the ground are constantly changing and the team has to be ready to respond. Many of our staff are local and have several years of experience on NSP. Having that institutional and local knowledge in our team helps us work more effectively and can make or break a program.