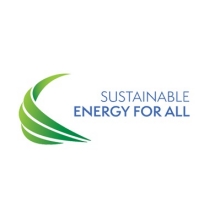 Paris Climate Summit: Time for India to take the lead

On June 1 last, American President Donald Trump announced to withdraw from the landmark Paris climate Agreement. President Trump noted that in withdrawing he was keeping his campaign promise to put American workers first. The decision has come as a major blow to the efforts of the climate scientists, political leaders across different nations and think tanks who have worked painstakingly to hammer out the global pact to reduce emissions and deal with the catastrophic impacts of climate change.

President Trump’s limited understanding of the Paris Agreement is strikingly evident from the fact that he thinks the accord is not fair to the US. While delivering his speech, he also took a swipe at India, China, and the entire developing world. He singled out India and said India was a big polluter and was not doing much and makes its participation in the Paris deal "contingent on billions and billions of foreign aid". This assertion is not only inaccurate and misleading, he completely ignored the fact that the US has been the largest historical emitter contributing to the global warming.  Infact, India has not yet received anything from the Green Climate Fund, which was constituted in 2010, to support developing countries to counter climate change, using contributions received from the developed countries.  While the Fund has set itself a goal of raising $100 billion a year by 2020, a total of just $10.3 billion (including $3 billion by the US) has been pledged as on May 2017.

Since the dawn of the Industrial Revolution, humans have increasingly been contributing unnatural source of greenhouse gases into the system causing the system to become unbalanced. The North American and European countries, who historically benefited from the industrial revolution, has already used up two-third of the total carbon budget.  For instance, the US, the European Union, Russia and Canada together have used up more than half of the carbon budget. In comparison, India has emitted less than 3% of the carbon budget. At the current rate of emission, especially in the developed world, the world will finish the entire carbon budget in the next 20 years leaving nothing for the development needs of the future generation. If we take the specific example of the US, the per capita coal consumption in the US is four times higher than India and everyday an American consumes 18 times more electricity than an Indian. There are only around 18 cars per thousand people in India in comparison to more than 400 in the US. While the per capita emission (in CO2 ton) for India is only 1.6, the same for the US, Canada, and European Union are respectively 17.5, 14.6 and 7.2. With the much talked about America’s commitment, which President Trump withdrew, the US would have lowered its per capita emission to around 14, whereas India with a high growth trajectory would have reached little above 4.2 by 2030.

While the US has indicated to withdraw from the Paris accord, most of the signatory countries, including India, have announced publicly to reaffirm their support to the cause of climate change, as ignoring it and its adverse effects is not a luxury that one can afford. Prime Minister Modi during his recent state visit to France trumpeted India’s commitment to the Agreement saying India will work and walk together with others to leave a gift for the future generation.  He further said that the Paris Agreement reflects our duty towards protecting the Earth and our natural resources and for India climate friendly pathway is an article of faith.  Infact, India has been historically following a climate friendly pathway towards development. Ancient Indian scriptures have talked about milking and not exploiting the nature. Pandit Deen Dayal Upadhyay propounded the concept of “Arthayam” during the 1960s. Arthayam talks about proper production, distribution and consumption of wealth for a healthy and sustainable economic system.  He emphasised that the consumption of wealth should consider the interests and comforts and not luxuries. This discretion should govern the allocation of resources in the economy. According to him “unlimited use of wealth for material pleasures and un-controlled use of political power causes mental, intellectual and spiritual deterioration in individuals as well as in the society”. In order that people themselves exercise Arthayam, education and orientation of ethical values are necessary and are to be cultivated according to the Indian ethos. While societies must produce enough to feed, cloth, house, educate and employ to avoid misery and strive. At the same time, he felt consumption should not degenerate into consumerism. Thus the objective of our economic system should be not extravagant use of available resources but a well regulated use. Deendayal Ji therefore said, “we must promote an economy that protects democracy and independence by Arthayam."

In India, as in the rest of the world, the climate agreement will have many implications as this may lead to a change in how we live (i.e. our lifestyle), what we eat or wear and how we travel. While all of these changes may not be explicitly visible to the common people, the shift is already under way. Bringing in greater efficiency in the way the energy is produced and consumed is crucial to fulfilling one of India’s main commitments to the climate agreement. India, during signing of the Paris climate deal, pledged to achieve 40% cumulative installed power capacity from non-fossil fuel resources and promised to reduce emission intensity by 33 to 35% by 2030 from the 2005 level. Towards this India has already taken a number of steps. The Modi government scaled up the National Solar Mission target for installing 22 GW of solar power to 100 GW by the year 2022 and the overall renewable power target to 175 GW. While the target may appear to be too ambitious, it has set a direction and commitment to travel creating an attractive market for global investors and making policy planners to sit up and design an electricity system that can integrate such large capacity of renewable energy.  A reverse auction based competitive bidding process was adopted that resulted in decreasing the price of solar electricity from above Rs 10 per kWh in 2010 to Rs 2.44 in May 2017. This discovered price is cheaper than coal, which sells for about Rs.3.0 per kWh. Similarly, the competitive bidding for wind power resulted in price falling to less than Rs 3.50 per kWh. With energy storage cost, a critical component of renewable energy system, also falling and expected to fall further, many believe that India does not have the need for any new coal plants. At the global level, India has steered the International Solar Alliance, to collectively work with the solar energy rich countries to promote solar power. As per the latest data, India's overall installed renewable capacity has already reached around 57 GW, accounting for 17.5 percent of the total installed power capacity. India saw nearly $10 billion invested, both in 2015 and in 2016, in renewable energy projects. India has also been the leader in off-grid solar energy sales (more than other top 5 combined) during the last two years.

In the field of energy efficiency, India has also shown its willingness and ability to implement programs in scale. Almost 25 crore LED bulbs have been distributed under the UJALA scheme, thereby helping to reduce around 2.5 crore ton CO2 per year. The target is to replace around 770 million bulbs by 2019.  Because of large volume, the price of LED bulbs has also come down drastically during the last two years. Though they are still little above the price of incandescent bulbs and CFLs, but because of their very long life, the lifecycle price is very low. The government has also embarked on a plan to replace the inefficient agricultural pumps-sets free of cost with star-rated energy efficient pump-sets for the farmers. Similarly the super-efficient ceiling fans are also being promoted to reduce domestic energy consumption. With the decision to not use HFCs in air-conditioners and refrigerators, Indian companies will also have to phase out HFCs. Indian companies are reportedly working on patent free solutions to create solutions to HFCs so as to minimize the impact in the prices of such systems. While initially the price of such fans, ACs and refrigerators may be higher, the incentives provided by the government and saving in energy for use of super-efficient systems is expected to neutralise the incremental prices. In the industrial sector, the PAT (Perform, Achieve Trade) programme aims to improve the energy efficiency and thereby reduce carbon emissions. New buildings are being encouraged to go for GRIHA (Green Ratings for Integrated Habitat Assessment) rating and follow the ECBC (Energy Conservation Building Code) guidelines to minimize their energy intensity.

India is also creating an additional carbon sink – by increasing its forest cover to 33% from the current 24%. While the government has already passed the CAMPA (Compensatory Afforestation Fund Management and Planning Authority) bill thereby making available huge sum of money for afforestation drives, the common people including farmers should join the movement by planting trees in their homesteads and farmlands to contribute to this cause. Another area which is affected by climate change is water availability. For a country that is already water-stressed, reforming the way in which water is managed and utilised will be key. Since water affects our daily life, the people has responsibility to ensure judicious use of water and not waste this precious resource. In the water-stressed regions, shifting from water intensive cropping practices to `per drop, more crop’, as proposed by the Honourable Prime Minister, will be necessary. The government is also aiming to bring in legislation to mandate the industry to use only treated water. A National Water Mission has been launched to ensure integrated water resource management helping to conserve water, minimize wastage and ensure more equitable distribution both across and within states and to enhance the water use efficiency by 20%.

In the endeavor towards a lower carbon economy, India is also focusing on low carbon infrastructure and public transport such as dedicated freight corridors, energy efficient railways, use of water ways, electric cars and battery operated vehicles etc. to reduce the environmental impact in the transport sector. Increasing use of water ways for freight is expected to reduce the cost of transporting goods in the country. Further, stricter fuel efficiency norms are being put in force with India advancing the implementation of Bharat VI pollution norms to 2020 instead of 2022.

President Trump’s decision though represents a new obstacle to the Paris agreement’s goal to contain the global warming, given the global leaders' reaffirmation of their commitment towards the Paris climate deal, this is not end of the road. With India’s tradition of following a sustainable lifestyle and the commitment made under the Paris Agreement, following the principle of “common but differentiated responsibility”, India has the potential to become the new global leader to guide the world to follow a low emission pathway for sustainable development.