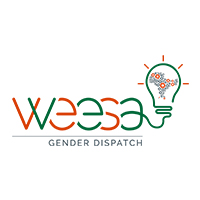 Increasing women's participation in the labor market can drive economic growth through income generation, entrepreneurship, job creation, and productivity. However, as of 2019, South Asia had the second lowest regional female labor force participation rate (FLFP)-only above the Middle East and Northern Africa (MENA) region. In fact, South Asia has seen the greatest global decrease in FLFP of 3.8 percentage points, from 27.2 to 23.6 percent, over the ten-year period 2009 to 2019. Recognition of this poor performance has led to a rapid expansion of policy and impact evaluations to promote female employment and agency in the region. But which interventions have been the most effective in reducing existing gender gaps? To answer this question, the South Asia Region (SAR) Gender Innovation Lab is currently undertaking a review of causal literature analyzing interventions directly or indirectly affecting women’s economic empowerment.

The review found nine studies evaluating the effects of Skills and Training interventions on women’s economic empowerment outcomes in the region. Most programs targeted women from socio-economically disadvantaged backgrounds, in low-skill occupations, and with few years of formal education. The participants were exposed to an average of 136 hours of training in a diverse range of programs, including stitching, tailoring, and business skills. The studies evaluate short-run impacts, between 6 to 30 months after implementation. The chart below summarizes findings for labor market outcomes where measured, and the evidence is clear – skills-based and vocational trainings in the region significantly improve reported outcomes for women. For example, Bhatta et al. (2018) find that 390 hours of vocational skills training increases female labor force participation rates in Nepal by 13 percentage points. In Pakistan, women who received training in tailoring skills earned PKR 107 more by the end of 6 months, and PKR 599 more after 2.5 years, compared to pre-intervention average earnings of PKR 42 (Cheema et al. 2019). 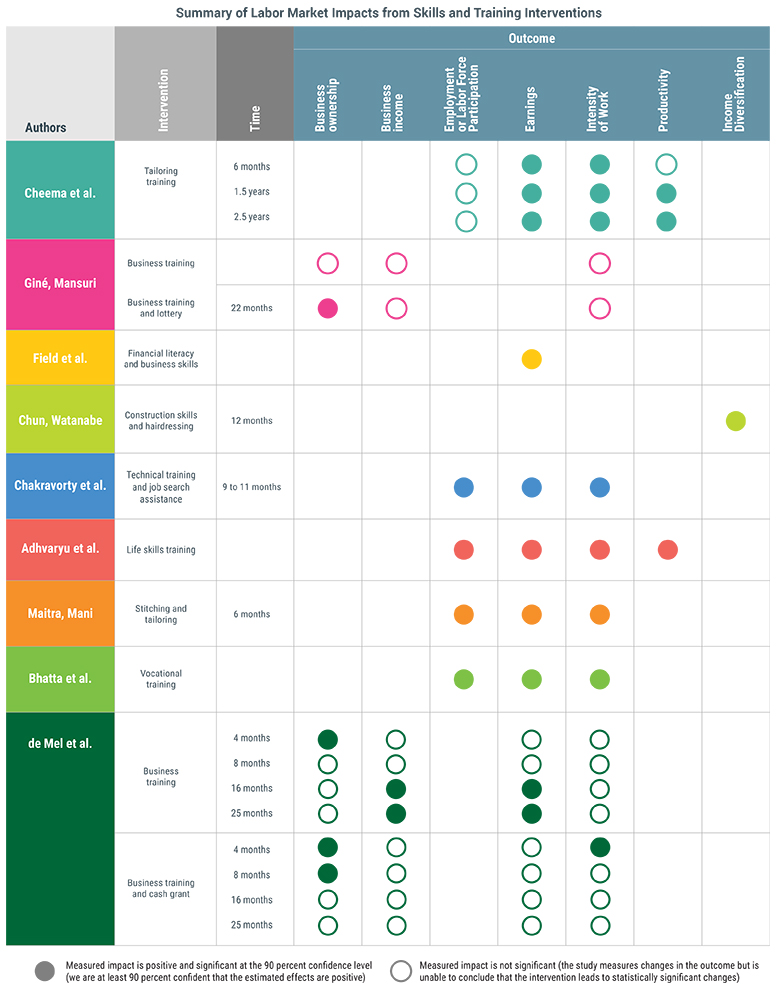 The studies also provide insight into the costs and benefits of replicating the interventions. For example, Maitra and Mani (2017) suggest that the cost of replicating their stitching and tailoring training can be recovered with less than four years of employment. Giné and Mansuri (2014) estimate the one-time cost of training (such as compiling training material or administrative costs) amounts to $126 and the running cost to $20.44 per trainee. Cheema et al. (2019) calculate a per-trainee cost of $286 for their tailoring and market linkage intervention, suggesting that while women benefit from increased earnings, it would still take about 23 years to recover the full cost of the scheme. Adhvaryu et al. (2018) estimate that the total cost of their soft skills training intervention for 1,087 garment works amounted to $90,285. Interestingly, after just 9 months, the firm hosting the intervention had made a net return of 250 percent in additional productivity and worker days.

While all programs improved some measures of labor market outcomes for women, interventions directly accounting for the social and logistical barriers faced by women in the region were more successful. For example, Cheema et al. (2019) and Chakravarty et al. (2019) provide monetary incentives, childcare services, and organize trainings closer to women's homes. For more details on the skills interventions, impact magnitudes, or the methodology adopted in the systematic review, read the detailed note. For links to included papers not directly cited in the text, see below:

WEESA is supported by the South Asia Trade Facilitation Program (SARTFP) and implemented by the South Asia Gender Innovation Lab. SARTFP is a trust fund administered by the World Bank with financial contribution from the Government of Australia’s Department of Foreign Affairs and Trade.