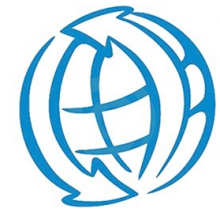 Blog » Turn Down the Heat: Confronting the New Climate Normal

Turn Down the Heat: Confronting the New Climate Normal

This report focuses on the risks of climate change to development in Latin America and the Caribbean, the Middle East and North Africa, and parts of Europe and Central Asia. Building on earlier Turn Down the Heat reports, this new scientific analysis examines the likely impacts of present day (0.8°C), 2°C and 4°C warming above pre-industrial temperatures on agricultural production, water resources, ecosystem services, and coastal vulnerability for affected populations. Data show that dramatic climate changes, heat, and weather extremes are already impacting people, damaging crops and coastlines, and putting food, water, and energy security at risk. Across the three regions studied in this report, record-breaking temperatures are occurring more frequently, rainfall has increased in intensity in some places, while drought-prone regions are getting dryer. The poor and underprivileged, as well as the elderly and children, are found to be hit the hardest.

There is growing evidence that even with very ambitious mitigation action, warming close to 1.5°C above pre-industrial levels by mid-century is already locked into the Earth’s atmospheric system, and climate change impacts such as extreme heat events may now be unavoidable. If the planet continues warming to 4°C, climatic conditions, heat, and other weather extremes considered highly unusual or unprecedented today would become the new climate normal—a world of increased risks and instability. The consequences for development would be severe as crop yields decline, water resources change, diseases move into new ranges, and sea levels rise. The task of promoting human development, ending poverty, increasing global prosperity, and reducing global inequality will be very challenging in a 2°C world, but in a 4°C world there is serious doubt whether this can be achieved at all. Immediate steps are needed to help countries adapt to the climate impacts being felt today and the unavoidable consequences of a rapidly warming world. The benefits of strong, early action on climate change -- action that follows clean, low carbon pathways and avoids locking in unsustainable growth strategies -- far outweigh the costs. Many of the worst projected climate impacts could still be avoided by holding warming to below 2°C. But the time to act is now.