The public consultation is now OPEN through March 13, 2019. We invite any interested PEFA stakeholders to provide feedback. The team is specifically interested in stakeholders’ comments on the following aspects of the draft Gender Module:

The PEFA Steering Committee will evaluate the pilots and decide on the PEFA Gender Module following the period of testing and consultation.

The PEFA gender module is a set of supplementary questions built on the PEFA framework to collect information on gender responsive public financial management practices.

The questions have been designed to cover all stages of the budget cycle: policy-based fiscal strategy and budgeting, predictability and control in budget execution, accounting and reporting, and external scrutiny and audit, including governments’ efforts to make information on fiscal performance publicly available and strengthen management of assets and liabilities.

The PEFA gender module was designed by the PEFA Secretariat as a response to requests that have been received from groups and practitioners involved in PFM and gender responsive budgeting reforms. A process of public consultation carried out to assess the upgraded PEFA framework identified gender responsiveness as a gap in existing PFM diagnostic tools that needed to be addressed. 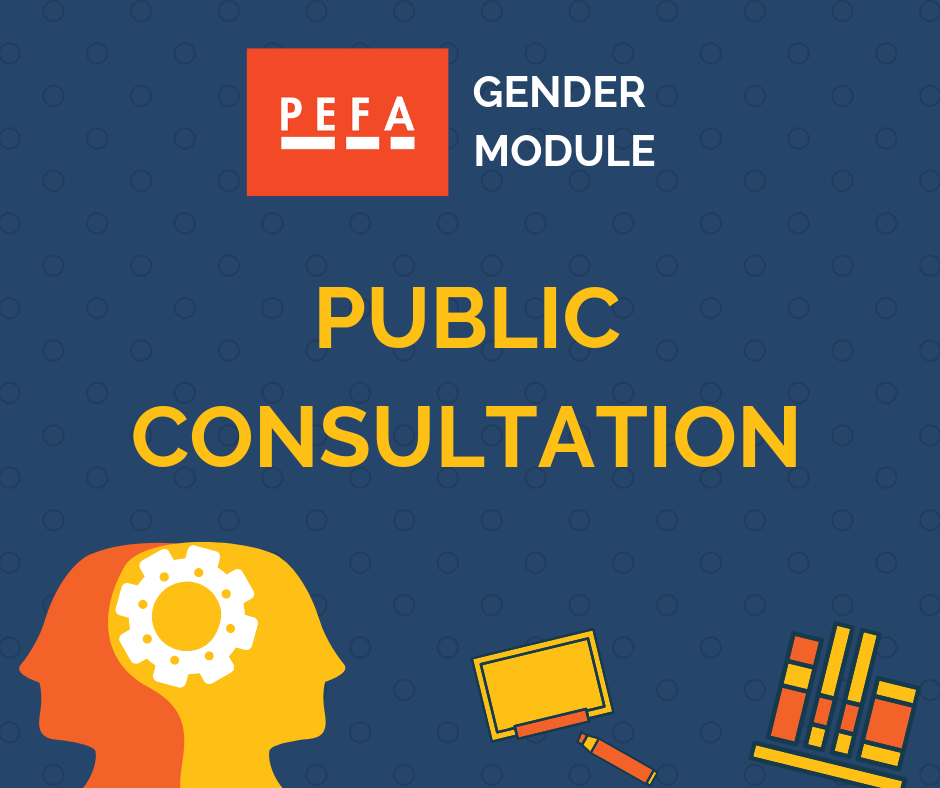