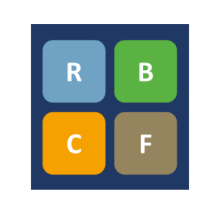 OBA and Subsidy, combined with a low-interest loan

In two of the major cities - New Delhi and Bangalore - the GHG emissions reduced are 0.73 tonne and 1.5 tonne, respectively.

The energy saving from the implementation of the project is substantial since water heating comprises a significant share of the total energy consumption of a residential building in India. In two of the cities the projects have been implemented, New Delhi and Bangalore, the energy units saved per year is estimated at 750 kWh and 1500 Kwh, respectively. The GHG emissions reduced are 0.73 tonne and 1.5 tonne, respectively.

Description of the RBF Scheme:

The proposed RBF incentives in the form of subsidies were paid out upon verification of installation and the installed SHW system being in operation. The Ministry of New and Renewable Energy (MNRE) calculates the subsidy on Flat plate collector systems at 30% of the benchmark cost or Rs.3,300 per m2 of collector area, whichever is less. The verification of ‘SHW system being in operation’ is to ensure the quality of the SHW installed. The RBF subsidies encourage vendors to reach out to consumers in rural areas, where the demand is suppressed.