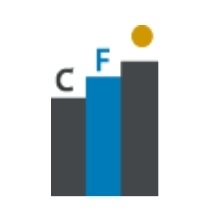 During the recent online gathering by members of the International Credit Union Regulators’ Network (ICURN) the following likely stages of economic fallout from the pandemic were discussed. In the weeks ahead, some people may be able to increase their savings as they pull back spending while larger numbers may have to use their savings as bills come due. In the months ahead many recently un/underemployed may miss loan payments or require their loans to be re-scheduled or delay payments.  This will lead to a need for increased loan provisions and in turn will impact on longer term reductions in capital at financial cooperatives.

The stages above are similar to what financial cooperative experience following a natural disaster, but this time we have no reliable predictions for when the storm will pass and how strong the storm will be. As financial cooperatives and their supervisors prepare for weathering the storm supervisors may want to follow these three principles: 1) Transparency, 2) Keeping the System Strong, and 3) Supervisory Judgement.

Despite massive announcements by central banks to keep their economies afloat, there has been very little done to extend (public or private) lender of last resort or deposit insurance to financial cooperatives (or non-bank deposit-taking microfinance institutions). As such, financial cooperatives, more so than banks, may have to rely on the capital they’ve built as opposed to waiting for bailouts. Those capital buffers primarily consist of two sources: retained earnings and non-withdrawable members shares. For many financial cooperatives April and May are the months when they hold annual general meetings and declare dividends. While members may be looking for these dividends to be paid, financial cooperative and their supervisors should be extremely cautious about paying dividends in this environment as these funds may be what gets the financial cooperative through the crisis.

Deciding how and when to act is difficult especially as the way forward is so uncertain at this time. The 26th President of the United States, Teddy Roosevelt had a process of decision making that might help those feeling paralyzed on how to proceed. Roosevelt quipped, “in any moment of decision, the best thing you can do is the right thing, the next best thing is the wrong thing, and the worst thing you can do is nothing.”

Dave Grace is the Executive Director of the International Credit Union Regulators’ Network (ICURN) and has consulted for the World Bank and others on financial cooperatives in over 80 countries.

[1] The G20 is made up of 19 countries and the European Union. The 19 countries are Argentina, Australia, Brazil, Canada, China, Germany, France, India, Indonesia, Italy, Japan, Mexico, Russia, Saudi Arabia, South Africa, South Korea, Turkey, UK and the US.