The study tour centered around themes of multi-stakeholder collaboration and the circular economy in the context of a smart city, with multiple partners in the private, public, and research sectors working together towards sustainable resource use. Teams were introduced to the circular economy through visits to Waternet, a water provider that also harvests energy from waste water in a water cycle approach, Park2020, a business park built on cradle-to-cradle principles that account for the lifecycle of each product to ensure the system is efficient and entirely waste free, De Ceuvel, a shipyard redeveloped by Amsterdam's citizens to sustain itself completely, and Valley Beta, a hub for circular economy focused businesses to collaborate.

Highlights from the trip also included a visit to The Edge, one of the world's smartest and most sustainable office buildings whose design not only generates more energy than it uses, but also facilitates an inspiring working environment for Deloitte employees, Amsterdam Innovation ArenA, a football stadium and event venue that works with the City of Amsterdam to use technology-led innovations in the surrounding area for crowd management, sustainable energy generation and storage (carbon neutrality through solar power), and citizen engagement, Automotive Campus, which does smart mobility testing towards zero emission public transport by 2025, and Stratumseind in Eindhoven, where smart lighting and machine analysis of security camera footage from the city center are used for crowd management.

In an action-packed week, teams had lots of opportunities to observe, interact, discuss, touch and feel these innovative smart solutions in their field sites to enable them to place ideas in a practical context. From the outset, Stephanie Broeder, one of the co-organizers from the Royal Netherlands Embassy emphasized that smart city initiatives in the Netherlands are successful because of the use of the quadruple helix; cooperation between citizens, government, private sector, and academia is an important key factor to success. Indeed, the open way of working and strong partnership between the government and private sector in the Netherlands create a strong breeding ground for forward-looking innovation, testing and long-term success. In the words of William van Niekerk, Director at energy innovation center Liandon, “We cannot ever find the best solution because it is always changing and improving”.

To round off the study tour and put all the ideas from the week in practice, teams discussed action agendas for their own cities and played a simulation game on Public Private Partnerships (PPPs) to enable them to practice quick, high-impact decision making in the procurement and implementation process of smart city projects. City clients also had a matchmaking session where they had a series of one-on-one meetings (speed dates) with private sector partners looking to work on specific smart city solutions going forward.

Participation in the study tour was entirely self-funded by individual teams and government/private sector partners mentioned. With this study tour, the Smart Cities KSB and Royal Netherlands Embassy initiated a new approach to collaboration between the private sector and government in enabling knowledge management efforts to inform operationalization of smart city projects. Stay tuned for a longer report on our activities and for the trip video!

Stephanie Broeder of the Royal Netherlands Embassy briefs participants on the study tour. 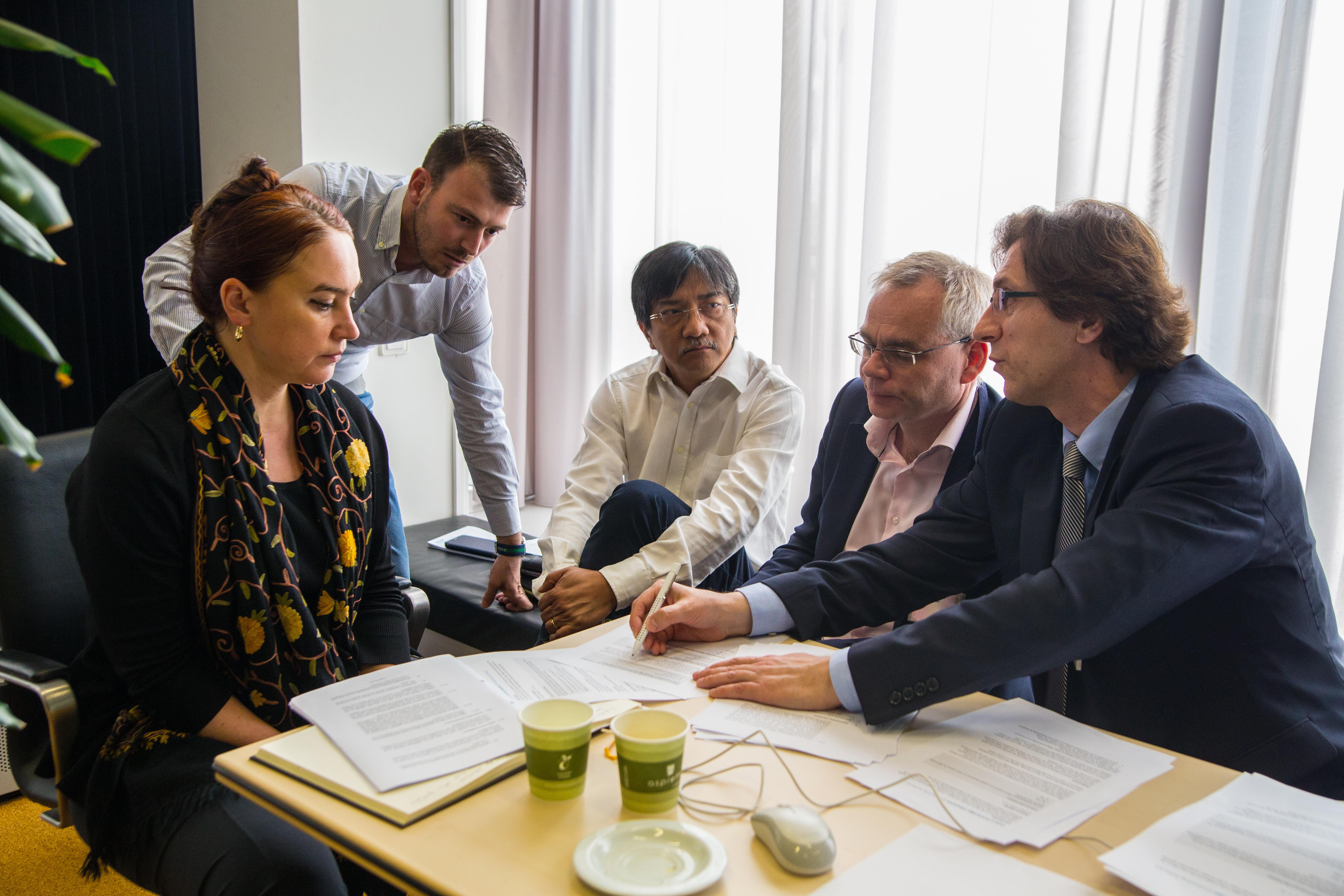 Participants work on procurement issues during the PPP simulation game.

Participants work on procurement issues during the PPP simulation game. 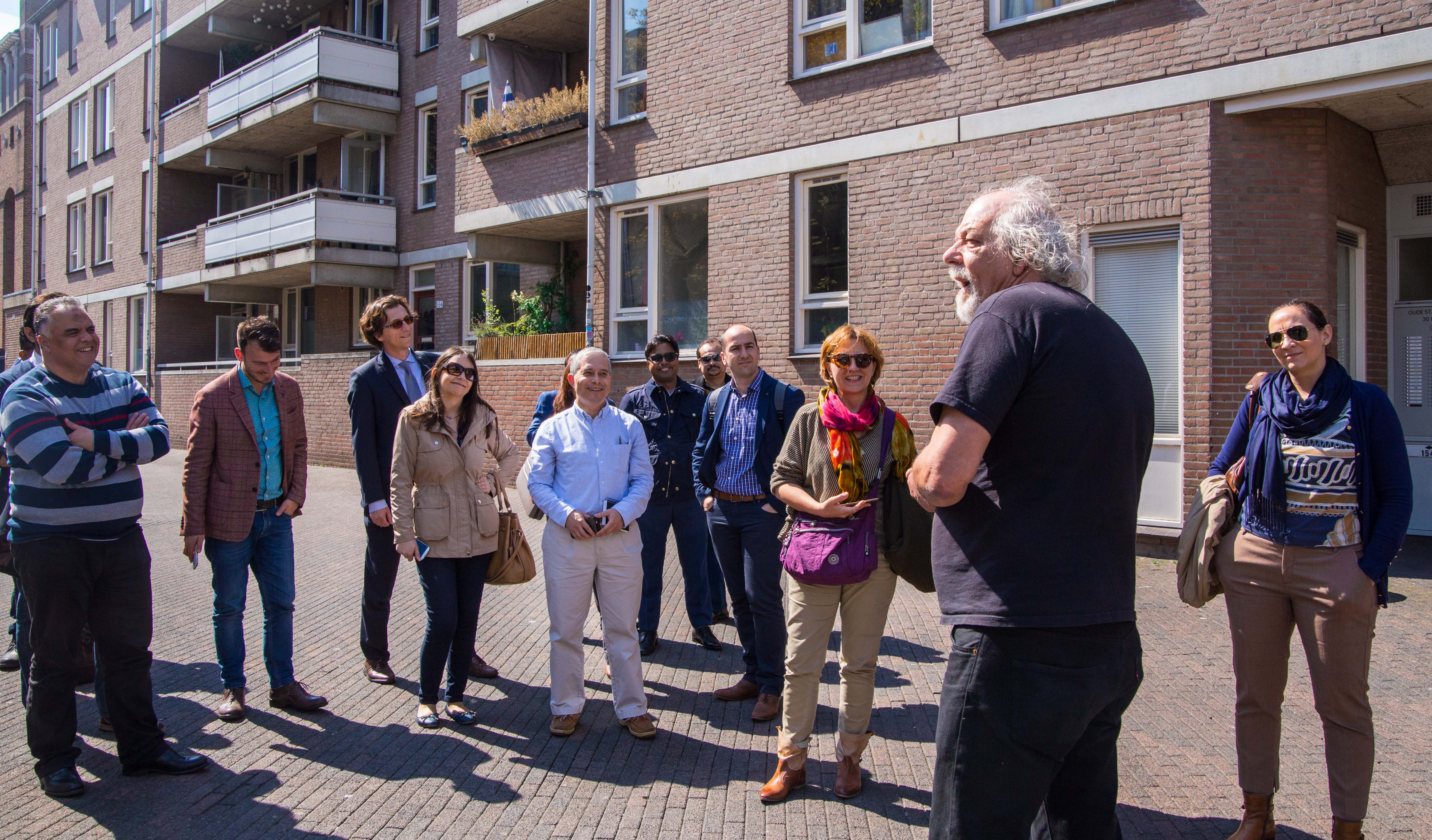 Tinus Kanters, Project Manager at the Stratumseind Living Lab, explains how smart lighting and sensors can be used for crowd control.

The Mayor of South Dhaka looks at smart streetlights in the city of Eindhoven. 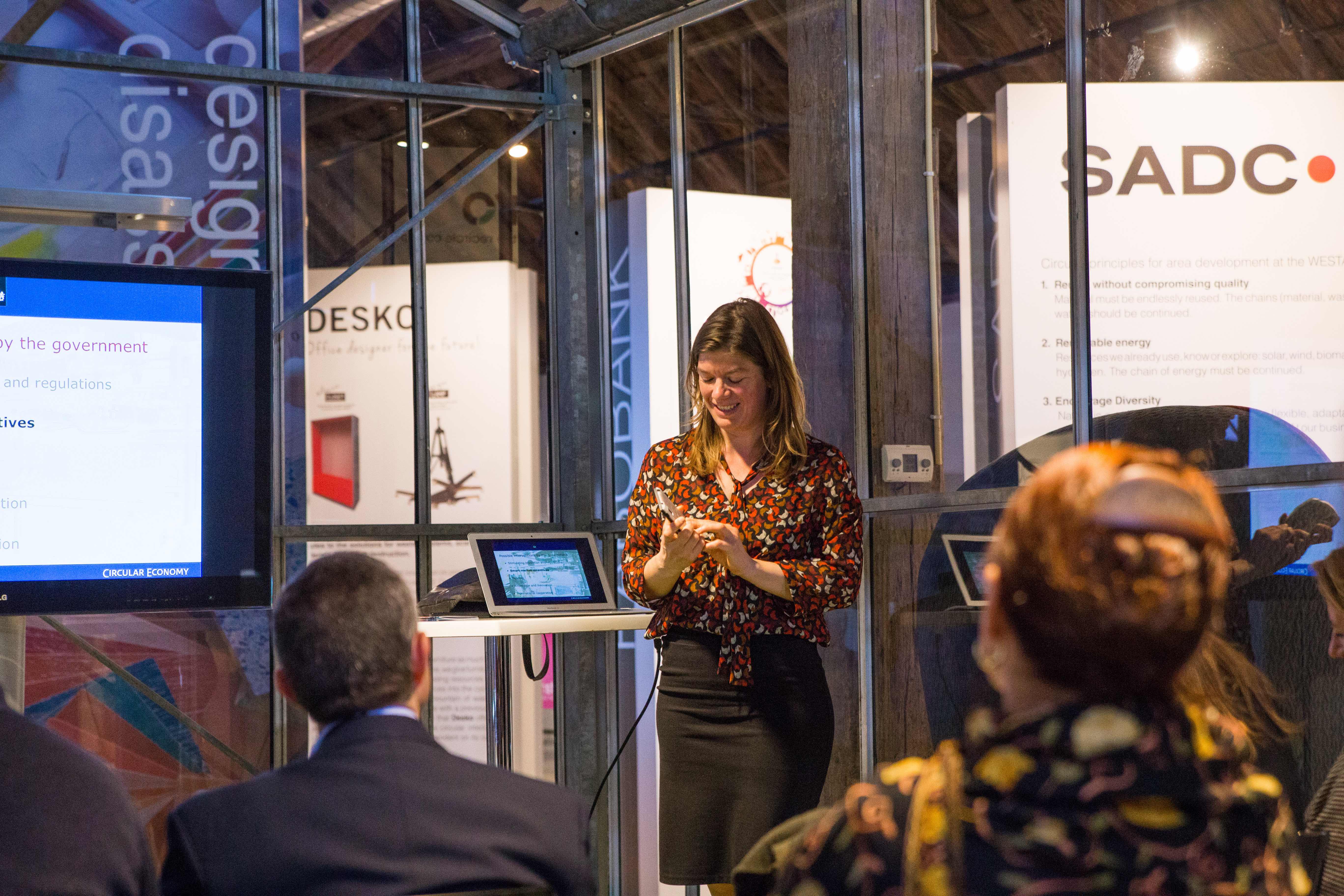 Tijtske IJpma from the Ministry of Infrastructure and Environment holds up a Fairphone, a Dutch ethically made smartphone.